Twas a hot one in LA today, but that didn't deter my friends Marcy, Zoia, and me from setting out on a hiking adventure.

I actually chose this hike today by googling 'shady hikes in Malibu'. Lol

Solstice Canyon is an easy 3.2 mile hike on relatively flat ground that heads into...you guessed it! Solstice Canyon. I had actually hiked this hike years ago with Gianna, but I think we took the more challenging 'Rising Sun Trail' that has a much higher gain in elevation before settling back into the canyon.

We got a late start and convened around high noon. After chatting a bit, we headed north to Malibu and stopped at the cute Marmalade Cafe for a quick bite. Our waiter had other ideas on the 'quick' part.

By the time we arrived it was nearly 4 o'clock, which suited us just fine. It was still hot!

This was a terrific hike and perfectly shady for a hot day and we got in some exercise without too much exertion. Nonetheless...I was still plenty sweaty. :P 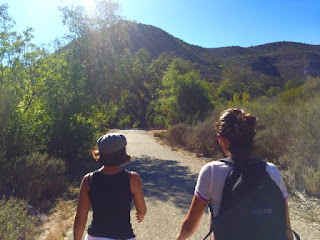 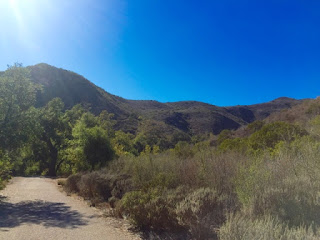 One of the most exciting things for me was that we saw a rattlesnake!! I've never actually seen one in person and was so excited!

The hike culminates at the ruins of an old mansion built by Frank Roberts who was a successful grocer in the 1950s. It's hard to really get a feel for what the house looked like since so little remains, but it's still quite neat to see.

The mansion was designed by well-known architect Paul Williams. Since this canyon was known to be sometimes ravaged by wildfires, the design included an elaborate pump system with water from the nearby stream.

Unfortunately after Roberts' death, this system was not maintained and the house burned to its foundation in 1982.

We wandered the ruined foundation and tried to imagine the house as it was while we walked 'room' to 'room'. 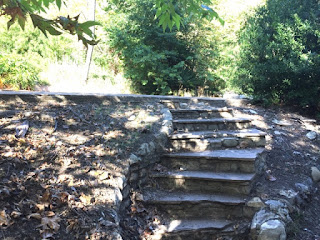 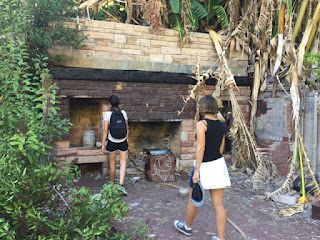 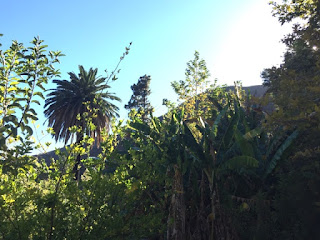 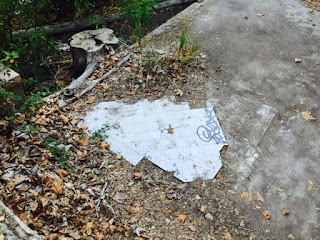 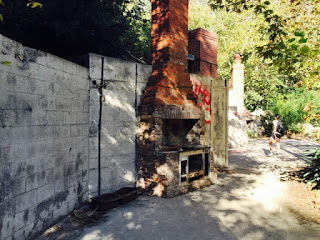 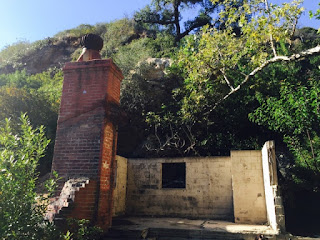 Behind the house is a trickling waterfall. We explored and enjoyed the cooler air that water brings. 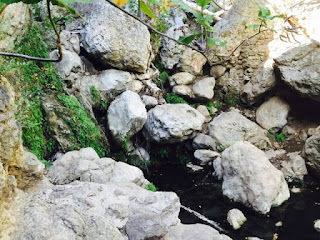 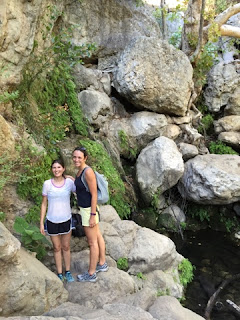 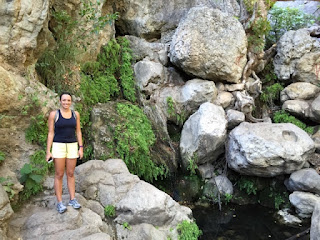 The adventurous spirit overtook Marcy and she headed off trail to loop above the falls and back down in front of the house. Zoia and I followed suit. 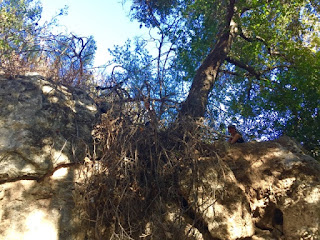 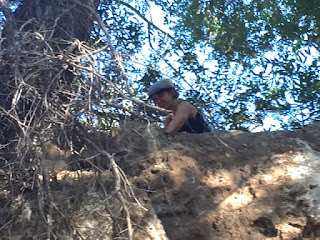 We strolled leisurely back towards the car, sweaty and happy with our hike.

Posted by Kellville at 8:13 AM